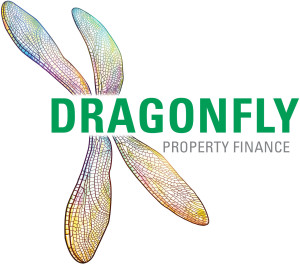 Dragonfly bridging finance has broken through the £1billion milestone in lending since its launch in 2009.

Dragonfly are already aiming to hit the £2 billion mark before the end of 2015, with commercial loans making up an ever greater percentage of the total as the lender grows that side of operations.

Dragonfly bridging have now written over 1,500 loans where the majority have been for residential purposes. However, the lender’s commercial bridging finance division is gaining significant momentum and market share.

Jonathan Samuels, CEO of Dragonfly, commented: “We have come a long way since our initial £25 million tranche back in 2009. The speed with which that £25 million was invested set the tone for the next five years as borrowers, rejected by the high street, increasingly turned to alternative lenders to meet their needs.

“At Dragonfly, it has always given us great satisfaction to provide finance where the banks fear to tread and, with the exceptional team that we now have in place, I have no doubt we will continue to do so in the months and years ahead.”

“When Dragonfly was established back in 2009, it was a bold and counter-cyclical business setting up amid the fall-out of 2008. Even though competition in the short-term finance sector is now fierce, Dragonfly continues to raise the bar and lead from the front. Under Jonathan’s leadership it has become a mainstay of the UK lending sector.”

Dragonfly’s services focus on the following areas: bridging loans of between one and 12 months; medium-term buy to let loans of between 12 months and three years; second charges; commercial bridging finance; and development and mezzanine finance (via Maslow Capital).

Dragonfly can only be accessed via one of their approved strategic partners, of which Vision Finance is. If you would like to further understand how Dragonfly finance could be suitable for with residential bridging or commercial bridging finance, please do not hesitate to get in touch with our bridging team on 0207 206 2500 or email bridging@visionfinance.co.uk